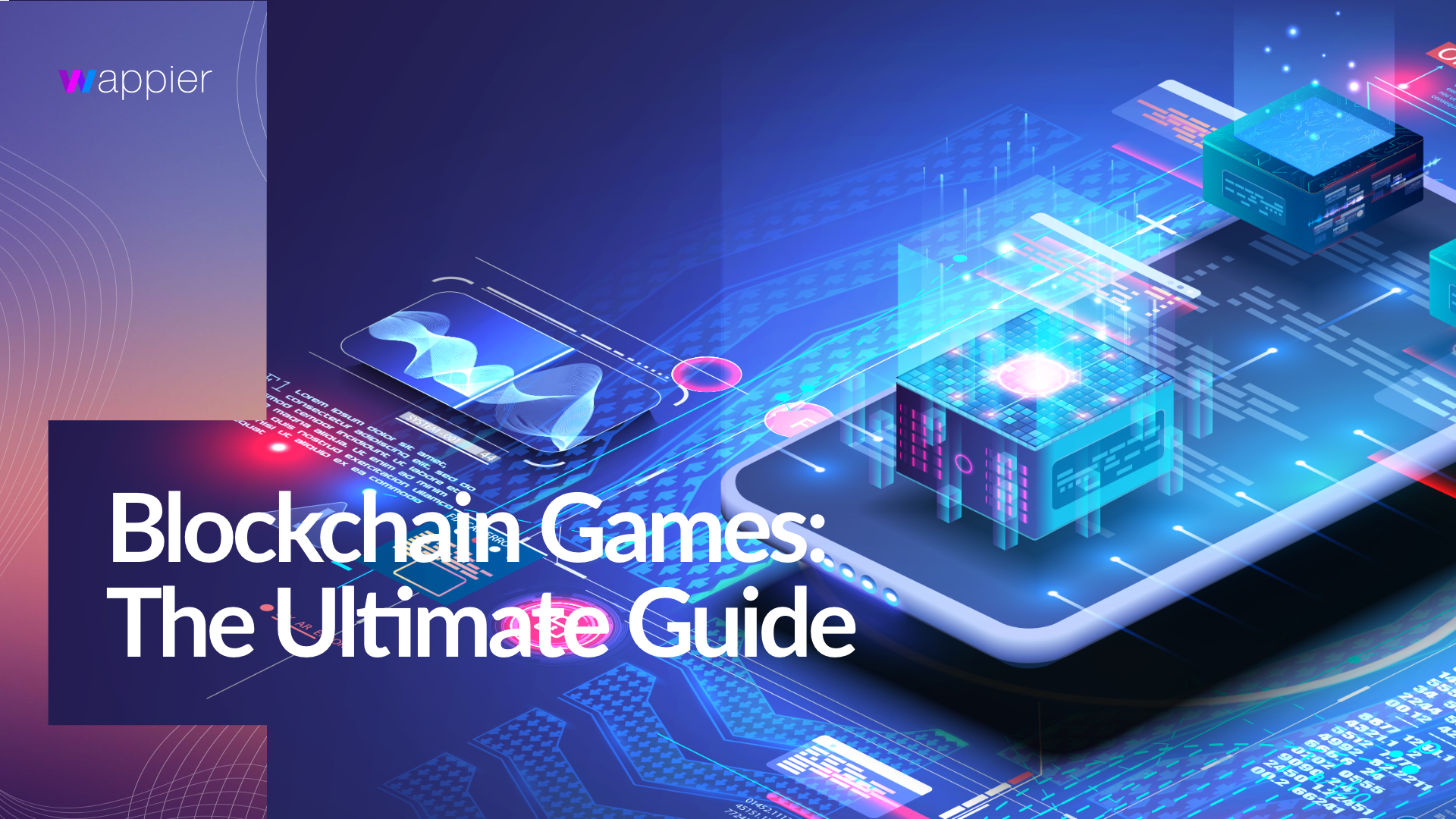 Find out why blockchain gaming is dominating the conversation.

For decades, video game publishers have pushed the limits of technology to create games that were bigger, longer, prettier, and more complex. Yet in 2022, the next big thing in gaming isn’t photorealistic graphics or next-generation hardware — it’s blockchain games. Square Enix, Ubisoft, and EA are just a few of the triple-A publishers that have expressed interest in blockchain gaming, and some developers are already incorporating cryptocurrency and NFT rewards into their games.

That said, there’s still plenty of confusion surrounding blockchain gaming. This guide covers everything you need to know, from the technology driving this trend to examples of blockchain games you can play right now.

What Are Blockchain Games?

How Does “Play to Earn” Work in Blockchain Games?

What are some examples of blockchain games?

What Are Blockchain Games?

To put it in the simplest terms, blockchain games are video games that utilize blockchain technology. These games incorporate cryptocurrency, non-fungible tokens, or both, setting them apart from other games in a few key ways. When used as a native digital currency in games, cryptocurrency gives players the opportunity to earn while they play. Meanwhile, NFTs give gamers control over the ownership and tradability of their digital assets, providing rewards beyond just high scores and bragging rights.

If you find yourself wondering why blockchain gaming is creating such a stir, look no further than the benefits it offers players:

To learn more, read the full article: What is a Blockchain Game?

This is important because blockchain games make up more than half of all user activity in the dapp space. So-called “crypto-educational games” provide players with interactive lessons about the world of cryptocurrency, which can often be overwhelming for first-time users. Developers of these educational cryptocurrency games aim to help players gain blockchain development skills and even launch their own dapps.

The other major category of blockchain games is those that use non-fungible tokens. NFTs have already taken the digital art world by storm, and have become so prominent social media outlets are experimenting with NFT profile pictures. In NFT games, players can earn one-of-a-kind digital assets and retain ownership of them outside of the game’s ecosystem, which sets them apart from more traditional in-game items.

It’s important to note that NFTs and cryptocurrency are intrinsically linked to the blockchain, so these types of games aren’t mutually exclusive. Some blockchain games require a cryptocurrency buy-in before players can start unlocking NFTs or use their own crypto as the in-game currency. The biggest difference is that NFT games award players with unique, indivisible, and decentralized digital assets that have the potential to rise in value based on scarcity.

Take a deeper dive into the world of NFT gaming in How NFT Games Tokenize the Digital World.

How Does “Play to Earn” Work in Blockchain Games?

Creating real-life revenue streams using video games isn’t a new idea. Pro gamers and streamers have made successful careers out of their gaming skills, and players have been buying and selling rare in-game items for cash for years. In fact, one Second Life player actually bought the (virtual) city of Amsterdam for $50,000!

Blockchain games expand upon this concept with the “play to earn” model, which allows players to collect items with real-world fiat value — like cryptocurrency or NFTs — as they play. Unlike other digital assets that players buy, sell, and trade, blockchain rewards retain value outside of the game environment and transfer ownership to the player.

For example, one might spend a few hundred dollars for a rare weapon in an MMO like World of Warcraft, but if the game were to shut down tomorrow, that asset would be lost and the player would have no way to recoup their investment. The decentralized nature of blockchain gaming prevents this from happening because the transaction is recorded in a ledger that shows proof of ownership. Your crypto or NFT rewards won’t disappear just because the game in which you earned them does.

In addition to creating value for players, the play-to-earn model can be beneficial to developers as well. For example, Vietnamese game studio Sky Mavis requires an upfront cryptocurrency investment to play blockchain game Axie Infinity; in turn, those players can earn increasingly powerful NFTs and convert in-game tokens back into fiat. The success of this model helped earn Sky Mavis a $3B valuation, with sales of NFTs earning millions every day.

For an in-depth look at play-to-earn game economies, check out What is “Play to Earn” in Blockchain Games?

Getting Started With GameFi

An amalgamation of “gaming” and “decentralized finance” (DeFi), GameFi is another term used to describe the play-to-earn environment in blockchain games. While specific requirements for getting started vary by game, here are some steps players can take as they embark upon their blockchain gaming adventure:

For more information about the fusion of gaming and crypto-powered finance, be sure to read What is GameFi in the World of Crypto?

What are some examples of blockchain games?

Right now, there are hundreds of blockchain games available, and that number is only expected to increase as more developers and gamers come to embrace this technology. Here are just a few:

This is just a taste of the experiences players can find in blockchain gaming right now. From mobile to MMO and spanning a variety of genres, blockchain games are making an impact on the gaming industry, and AAA publishers are taking notice.

Blockchain gaming may be in its infancy, but it’s already dominating the conversation. NFTs are a perfect fit for video game economies, which already rely on digital assets and collectibles. By making those assets non-fungible and indivisible, these assets become more than a collection of pixels, and gamers are embracing the digital ownership possibilities of the blockchain. Publishers who are slow to embrace blockchain gaming may find themselves left behind.

Entering this space can be challenging, but at wappier, we’re making it more accessible. Our NFT SaaS platform was designed to help publishers break into this new era of gaming and entertainment, providing all the tools needed to develop blockchain games. Launch multi-chain NFT marketplaces, use NFT airdrop campaign management, leverage the power of Blockchain Oracles and Smart Contracts and take advantage of our suite of gamification and economy optimization tools. Ready to infuse your games with the power of the blockchain? Get in touch!

Retention vs Monetization At Launch: Why Mobile Game Developers Need Both To Succeed

How To Build A Personalized Marketing Strategy