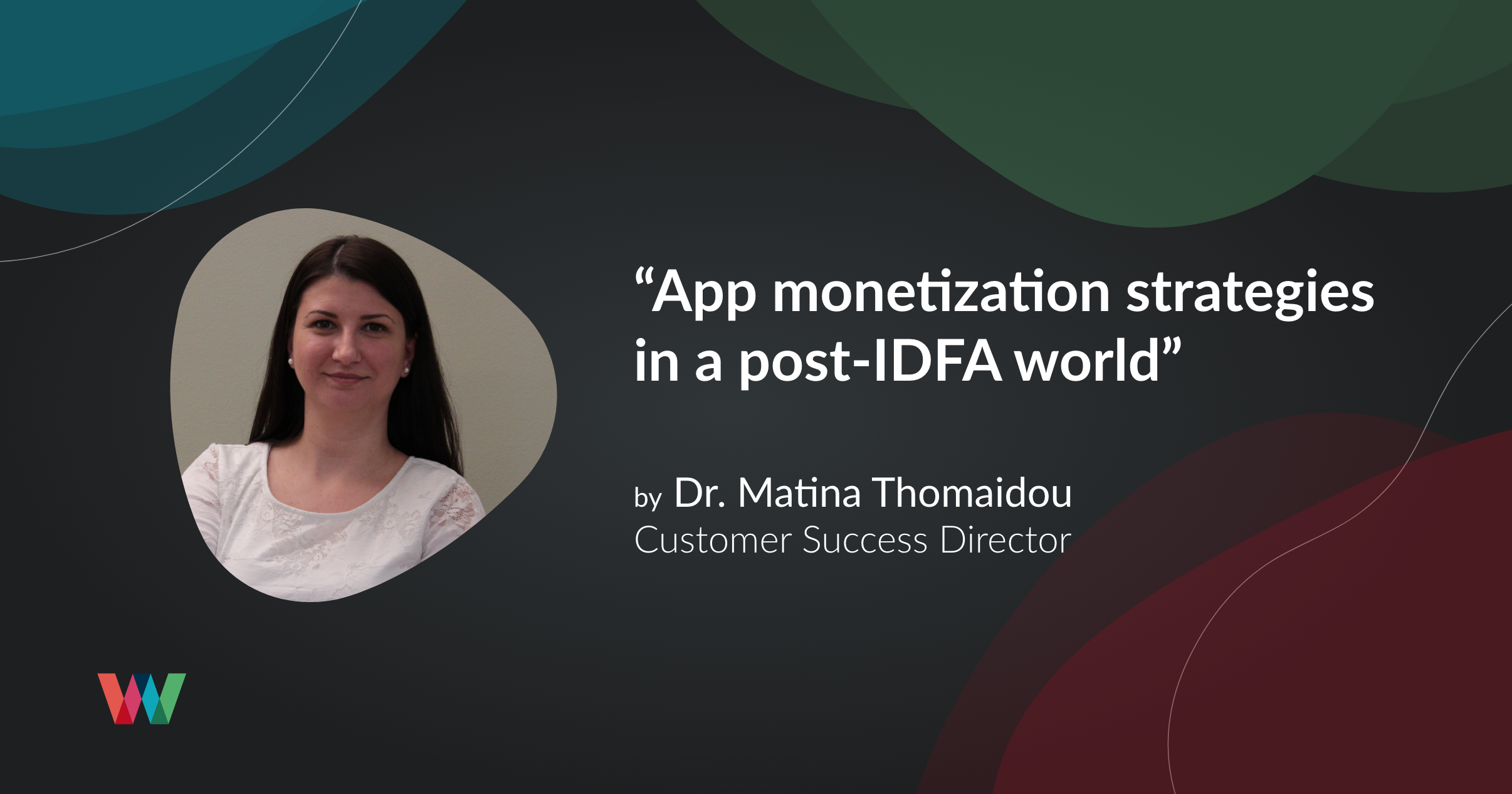 During the course of last year, the mobile gaming and app ecosystem has experienced numerous changes and a rapid evolvement: Τhe spread of COVID19, a post-pandemic shift of consumer behavior, iOS updates, and finally Apple announcements regarding the IDFA regulatory landscape could potentially affect the future of mobile advertising.

IDFA (Identifier for Advertisers) is a unique and random device identifier (IDs) assigned by Apple to a user’s iOS device. It is used to target and measure the effectiveness of advertising on users across mobile devices, and it is only applicable to iOS devices, since Android has their own identifier, Android Advertising ID (AAID).

Why so much noise around IDFA and the iOS 14 update?

Apple announced that, as part of the iOS 14 update, users will now have the choice to block the IDFA identifier in their apps. Among other changes, what this means is that following the update, apps will be required to ask users for permission to collect and share data.

Following this privacy-first stance by Apple, app publishers will have a harder time trying to reach the customers they value, while the cost to reach brand new customers may increase.

Most importantly, the IDFA changes mean that it will be difficult to accurately pinpoint marketing costs across platforms. 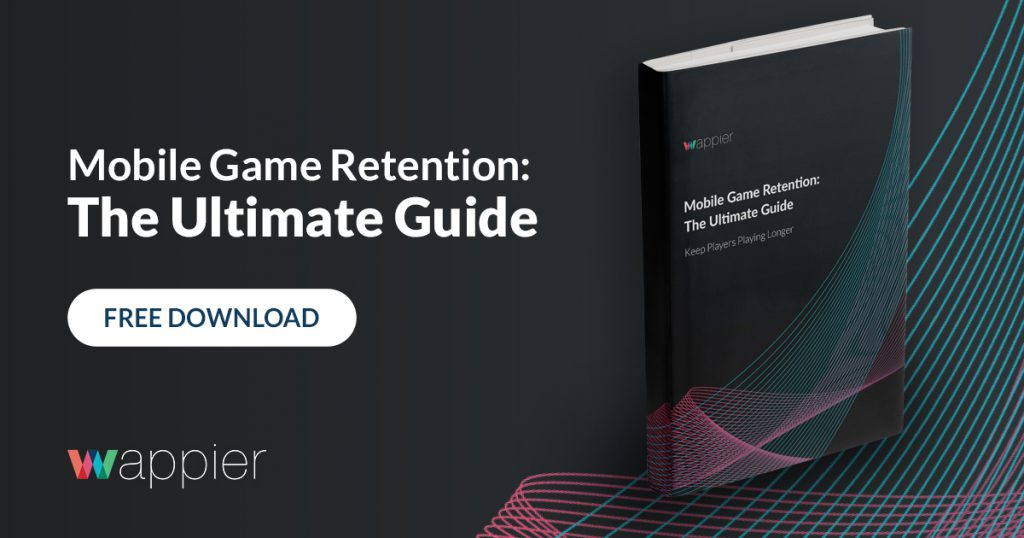 What is the impact on various fronts as we’re heading towards a post-IDFA and privacy-first world?

The new policies will impact user acquisition efforts across desktop and mobile browsers, and subsequently in-app monetization. In an effort to find large sales prospects and properly identify users with high Lifetime Value, app and game developers will now have to re-evaluate their optimization strategy. They may start looking for value-based lookalike audiences, but the fact of the matter is that there will be more limited visibility into customer activity for certain channels, impacting past experiments that heavily relied on user-level data.

A possible change, reminiscent of the marketing long past, would be a shift towards geo-testing experiments, using geographies to define user groups rather than individuals. That could mean relying more and more on aggregate geo level data, like country cohorts, to compare, test, and control markets, but also to measure incremental performance of a marketing initiative such as an ad campaign.

Besides all these potential changes and possible solutions, there’s one indisputable truth. UA techniques will now have to rely on data that the users or customers shared directly. Games or apps will need to leverage events taking place within their own game or app, as these are not impacted by the loss of mobile device identifiers or cookie data. Our prediction? Publishers who traditionally relied heavily on a few big-spending users to monetize, will now face a twofold challenge. The very first obstacle will be finding a way to properly identify those users. And following that, they’ll have to rediscover how to evaluate attribution and measurement properly.

What are possible impacts on In-app Advertising (IAA)?

Personalized ads on iOS are now limited to those who at least opt-in to Apple’s App Tracking Transparency (ATT) prompt, which can impact the relevancy of ads for players as App Store apps are required to obtain permission to “track” users across apps and websites owned by third parties, as well as eCPMs and measurement for developers. The rate of ATT implementation — close to 50% as of early July 2021, according to 2021’s Facebook Audience Network Report— is closely watched, with mobile publishers and developers considering how to adjust their business models in response. Although a large portion of game developer revenue comes from in-app purchases, in-app ad monetization has been the alternative for many mobile gaming businesses in 2021, especially for those in the hypercasual/casual genre. More specifically, the ATT implementation rate for gaming apps is 44%, as of June 29, 2021. A significant percentage when compared to the 37% across all apps in all other industries, according to AppsFlyer. User adoption of iOS 14.5+ has accelerated rapidly, currently at 62% worldwide and 72% in dominant iOS markets.

A shift towards a hybrid monetization model

So, what about IAPs (In-app Purchases)? And how can wappier help?

Since solely ad-supported services might not be as effective, it might be a good time to emphasize alternate forms of monetization, such as in-app purchases. This could also be an opportunity for developers to significantly improve their app or game, making it more user friendly, and more interactive in order to improve IAP monetization. In the end, marketers will have to adapt and innovate – the ones that are agile, will have an edge.

Publishers that are dependent on lookalike audiences (LALs), specifically targeting “whales” as an example, are the most impacted after the update. “Whales” is a term used to describe a -usually small – group of users that drives the most revenue for mobile apps and game publishers. Although they represent a small percentage of users, they can still be responsible for up to 50% or more in app revenue in some cases. Whales could often be seen as difference-makers when it comes to profitability, since they could end up spending are spending hundreds or thousands on a mobile game. That’s what makes them special, but also rare, and why they are regarded as very valuable users that every mobile app or game is going after.

But how do you accelerate your game economy, making it more robust and relying less on a small concentration of high-value whales? Is it even possible to optimize your app or game in a way that will increase both in-app spending and in-app spending gamers in a privacy-first ecosystem? That’s where wappier comes in. With our Global Pricing, any app or game can optimize their in-app prices per SKU, per country, always according to local demand while automated price changes provide deep insights into player behavior. That’s not all, though, as our Promotional Pricing takes it one step further,  automatically generating offers in the form of a personalized promotion based on likelihood to purchase, such as bonus points, first purchase discounts or other promotional areas of the game. And all of that happens in real time. Simply put, wappier knows how to significantly improve monetization processes both swiftly and skilfully.

What are some questions and concerns following the absence of IDFA?

Will Ad Fraud will be combated as effectively as before or will bad actors find a way to thrive with ad fraud detection services no longer able to offer complete coverage to the ad funnel? There’s additional uncertainty surrounding the future use of IDFV (Identifier for Vendors) by publishers, as well as how this privacy-first change will end up affecting future user opt-in rates which in turn could see popular marketing techniques falling out of favor.

Deprecation of the IDFA is clearly an inflection point that also creates opportunities to drive innovation, embrace the change, and build competitive advantage pulling different levers. Heading to 2022, we will see more changes in the ecosystem including games becoming more social, with developers building more live ops features, and marketers will see industry advancements in measurement and understanding impact and effectiveness of their efforts over new cohort types.

What will we likely see? An ecosystem that will move away from myopic strategies and adopts a more holistic approach on monetization and engagement. And as your app or game makes the perhaps inevitable shift towards a hybrid monetization model, wappier can help you realize this as an opportunity for even better monetization results than before.

Understanding Next Best Offer and the Power of Personalized Marketing

Pricing and Community Backlash: What if my Players Find Out?