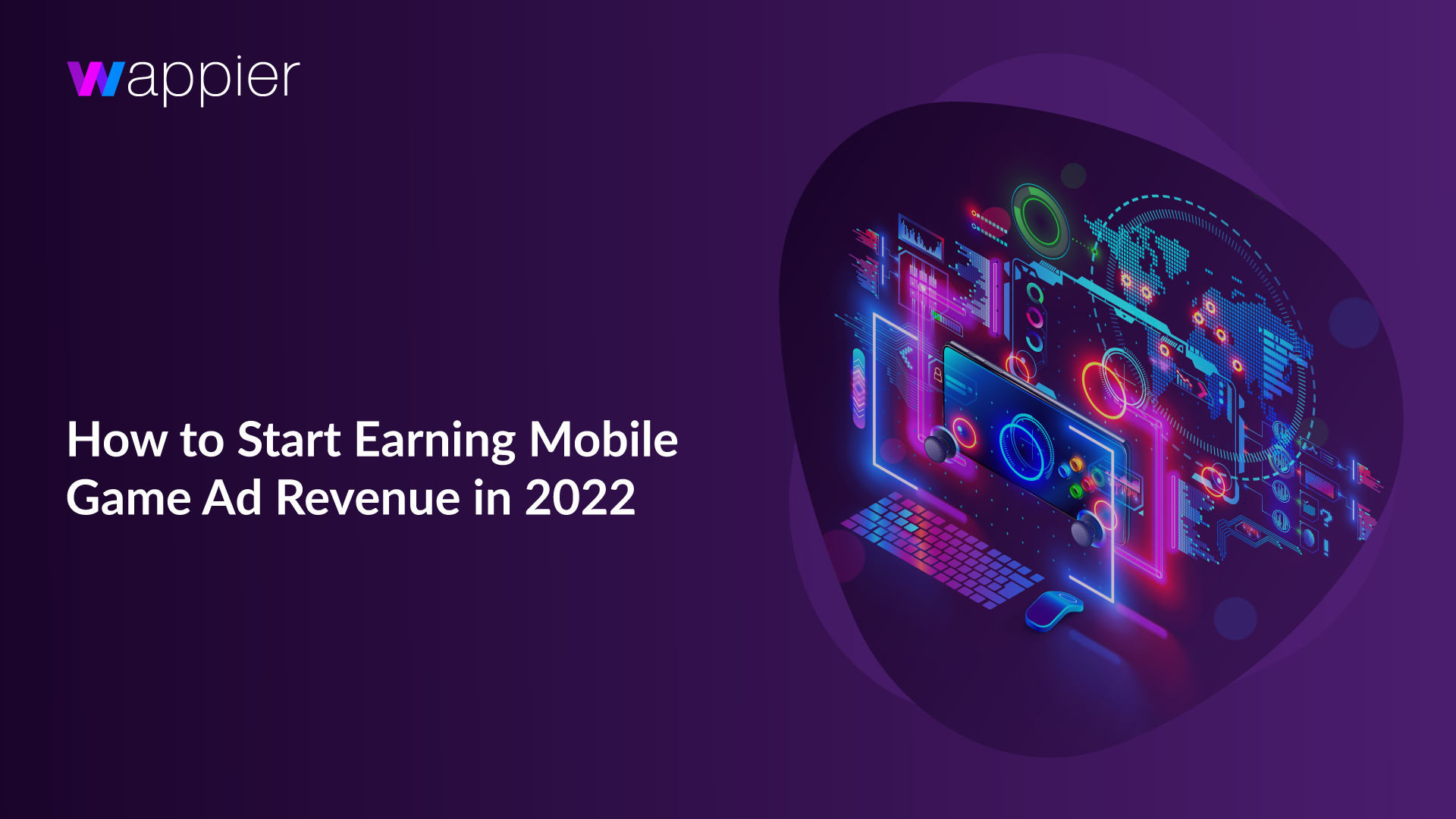 Mobile gaming is a near-unstoppable force, set to make up over 60% of the total share of the entire video gaming market by the end of 2022, and knowing how to monetize those millions of potential players can make or break your game. The most successful games combine paid in-app purchases with ad-based revenue streams to monetize non-paying players.

Before maximizing your mobile game’s ad revenue, it’s essential to understand your options and how they fit into the broader advertising ecosystem. That way, you can mix and match the best options for your game to diversify your revenue stream as much as possible. Read on to learn about the most popular forms of in-game advertising, their pros and cons, and how much mobile games make per ad.

What Is Mobile Game Ad Revenue?

How Much Do Mobile Games Make from Ads?

What Is Mobile Game Ad Revenue?

Simply put, mobile game ad revenue is the amount of money an app generates from all advertising sources within the game. Mobile marketers typically will use several in-app advertising methods to generate revenue, as each source tends to complement others and is more effective in certain situations.

How Much Do Mobile Games Make from Ads?

Analysts expect US mobile gaming ad revenue to reach $7.87 billion by 2024, primarily due to increased mobile game adoption and an overall willingness to engage with ad-supported games.

The key to figuring out how much money mobile games make at the individual level is to divide the total earnings by the total number of ad impressions, then multiply the result by 1,000. The resulting number is the game’s total ad revenue, also known as the eCPM value.

Ads are a great way to generate passive revenue from active players, as over 80% of mobile game players prefer ad-supported games over paid versions without ads. Ad-supported designs break down barriers between players and the games they want to play and allow them to try new games without friction.

Ad-based revenue is vital for virtually all mobile games that operate with a free-to-play model. However, many diversify revenue streams with additional in-app purchases (IAP) for premium items or currency. Finding the right balance between ad revenue and IAP depends on the genre. For example, ads generate around two-thirds of the revenue for arcade-style games, while casino game apps generate the bulk of their revenue from IAP.

Sign up for our guide on how behavioral economics shapes player purchase habits to learn more about balancing in-app purchase pricing with your ad-based revenue streams.

Even with this overall breakdown, you may be wondering, “How much money do mobile games make per ad?” To determine this, we need to examine each of the most popular mobile ad formats and break down their strengths and weaknesses. These are general statements based on the typical experience — the actual revenue amounts will vary based on several factors, including game genre, ad implementation, and even the game itself.

An old mainstay of the ad-supported gaming model, banner ads are still or animated images that take up a small portion of screen real estate. Players can click on the ads they’re interested in, and the link transfers them to a website or app download page in their respective app stores.

How much do mobile games make per ad: In the United States, eCPM rates on banner ads tend to hover between $0.38 on iOS and $0.52 on Android.

How to get the most out of banner ads: Banner ads are a great passive supplement to other ad-based revenue streams but don’t rely on them as your sole strategy.

Any ad that pauses the action to display a full-screen image or video is considered an interstitial ad. These ads generally require players to view them for a set amount of time (usually 30 seconds) before the ad can be closed to resume playing.

How much do mobile games make per ad: Interstitial ad eCPM rates range between $9.64 on iOS and $10.11 on Android within the US.

How to get the most out of interstitial ads: Interstitial ads require a finer touch than other advertising methods. Integrate ads within natural breakpoints and continuously test to find the optimal ad placement and frequency.

Like interstitial ads, playable ads take full control of the mobile display. In this case, they provide interactive minigames users can play, ending with a CTA to install.

How much do mobile games make per ad: Cost per install (CPI) rates for playable ads tend to average around $1.98.

How to get the most out of playable ads: Treat them like interstitial ads — place them at natural breakpoints in the game’s flow, then test to optimize placement and frequency.

Rewarded ads are an opt-in advertising method structured within a game’s natural flow. Players click on a button to watch an ad, and in exchange, they’ll often receive extra in-game currency, bonus lives, hints, additional time to complete a level, or some other immediate reward. Marketers can deliver these opportunities at the end of a level, when players hit a game over screen to give them an extra boost, or on its own tab within in-game menus.

How to get the most out of rewarded ads: Developers should create meaningful rewards and progression systems within the game, making rewards granted by ads desirable. Then, marketers should integrate interaction points seamlessly within the app to ensure users are aware of their presence to increase engagement.

Offerwalls are similar to rewarded ads in that they incentivize players to engage with ad content. Offerwalls present a separate page of lists with completable offers. These can be anything from downloading and installing other mobile games, completing surveys, signing up for trial services, or making purchases. Since these offers require more time and effort to complete, offerwalls tend to grant more premium content than rewarded ads.

How much do mobile games make per ad: Offerwalls return the highest eCPM rates of all ad methods — $240-$1,670 on Android, depending on the genre.

How to get the most out of offerwalls: Position offerwalls as a way to convert free users into your IAP ecosystem and supplement their high-eCPM/low-engagement rates with more consistent revenue streams.

In-game advertising and IAP form a symbiotic relationship for generating sustainable revenue, as valuable premium content can boost engagement with ads. Similarly, ad engagement can boost IAP spend by introducing new players to the premium economy. Knowing how to capitalize on your IAP pricing models helps maximize your advertising strategy’s effectiveness — and wappier can help.